To celebrate the brand’s 30th anniversary, INFINITI is proud to introduce the EDITION 30 lineup of models, specially equipped with many of the World’s First Technologies INFINITI brought to the market before anyone else. Discover the ultimate expression of human-centric modern luxury, design, versatility and performance.

From Intelligent Cruise Control®* to Backup Collision Intervention®*, INFINITI’s history of world’s first technologies and human-centric innovation comes together in every EDITION 30 vehicle. 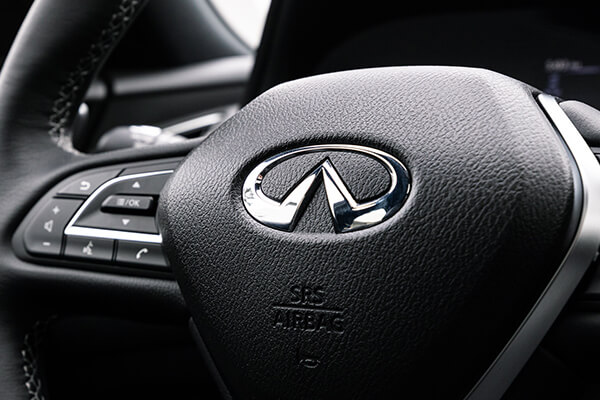 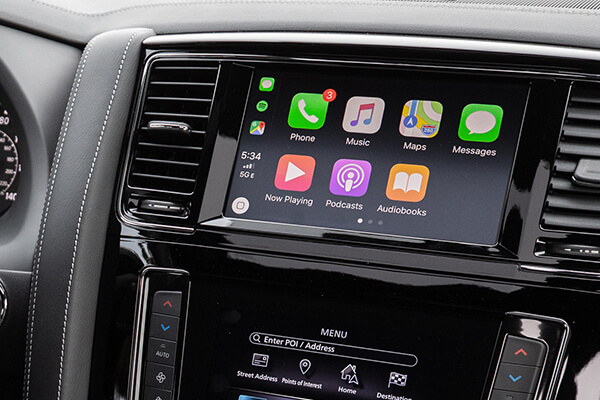 Connected to Your World

The EDITION 30 range has been designed to keep you connected to what matters most: your world and everything in it. That’s why Apple CarPlay is featured prominently within the EDITION 30 lineup*.

The EDITION 30 trim brings a special, celebratory touch to the already striking design of the INFINITI lineup with a handful of carefully considered details and flourishes. 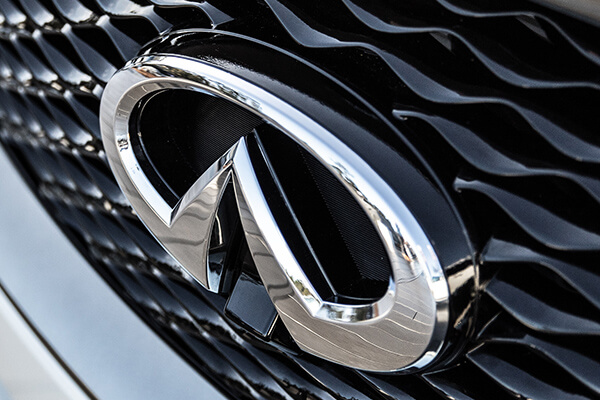 A HISTORY OF INNOVATION

For 30 years, INFINITI has helped to lead the automotive industry through its ongoing history of World’s First Technologies. Developed in the spirited pursuit of safety, performance and luxury, each World’s First achievement represents a celebrated milestone along INFINITI’s journey from past to present, elegantly brought together in the future-forward EDITION 30 range. 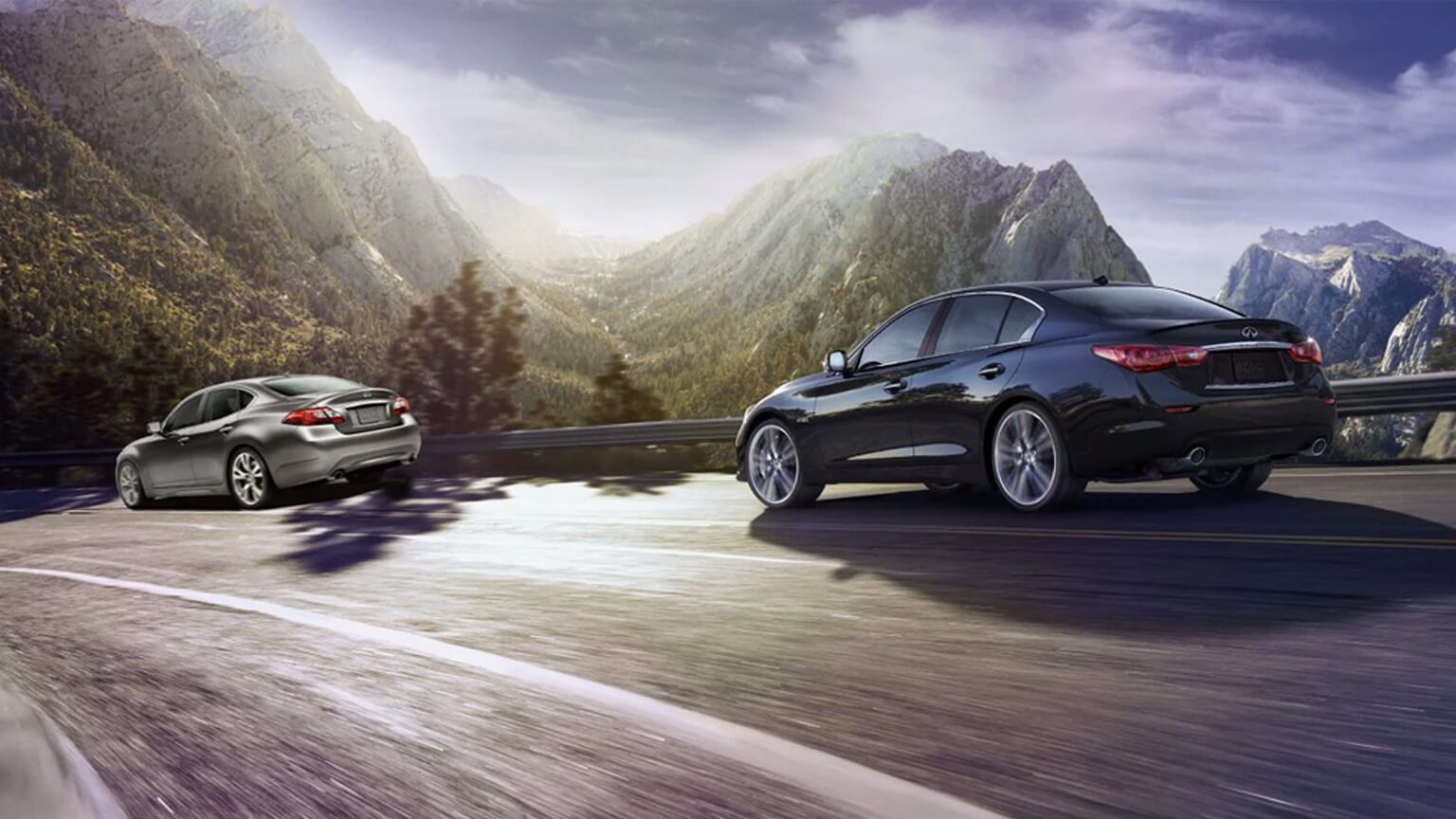 Pioneered in 2007, INFINITI’s revolutionary Around View® Monitor with Moving Object Detection technology put safety first by enabling drivers to access a virtual 360-degree view of their INFINITI while parking. This technology has been adopted by automakers around the world in the years since, following INFINITI’s forward-thinking lead.* 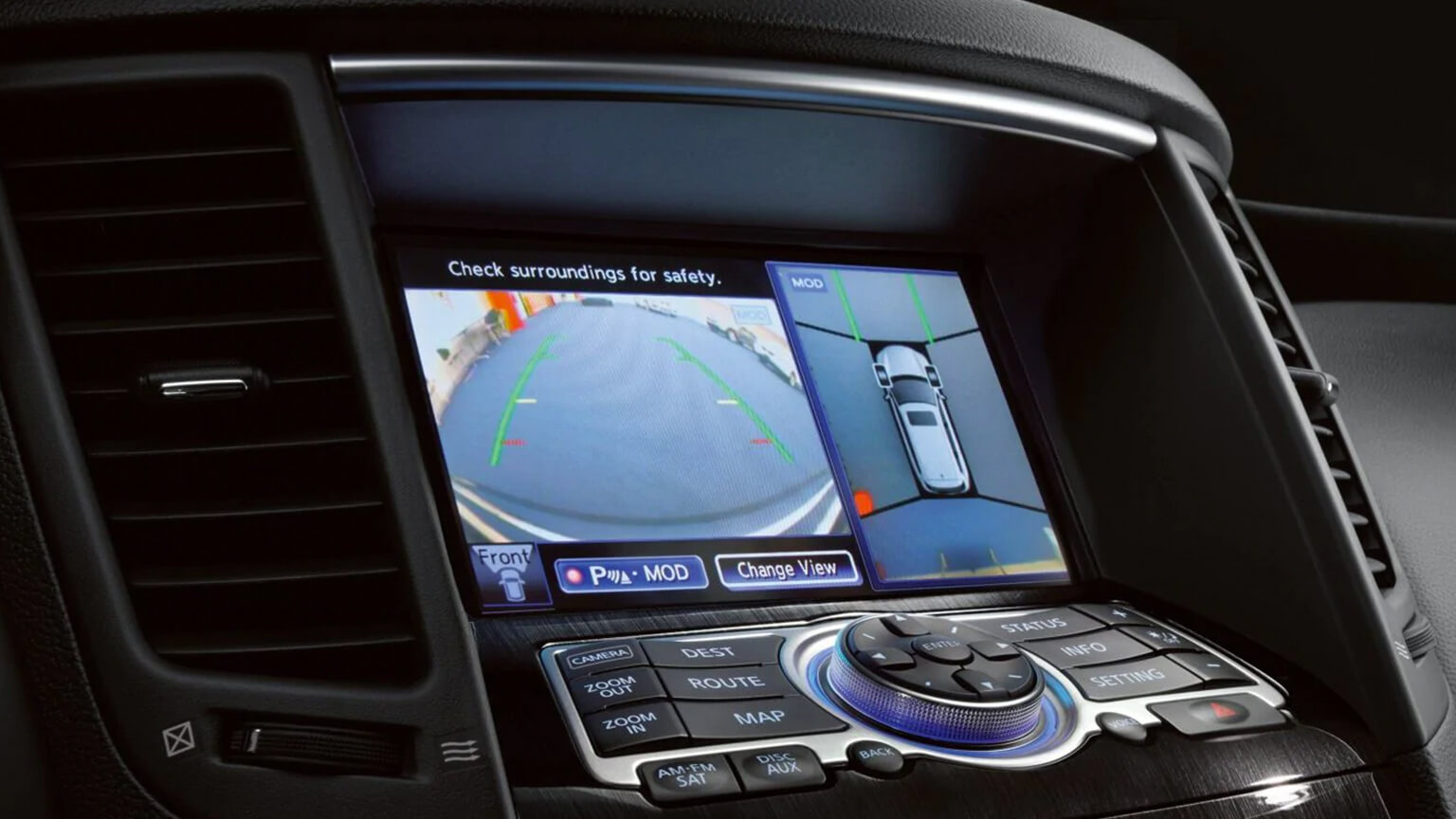 First showcased on the 2011 INFINITI M, Blind Spot Intervention activates if the driver begins to cross towards a vehicle in the blind spot area, using selective brake application to help move back toward the center of the line, protecting vehicle and occupants alike. * 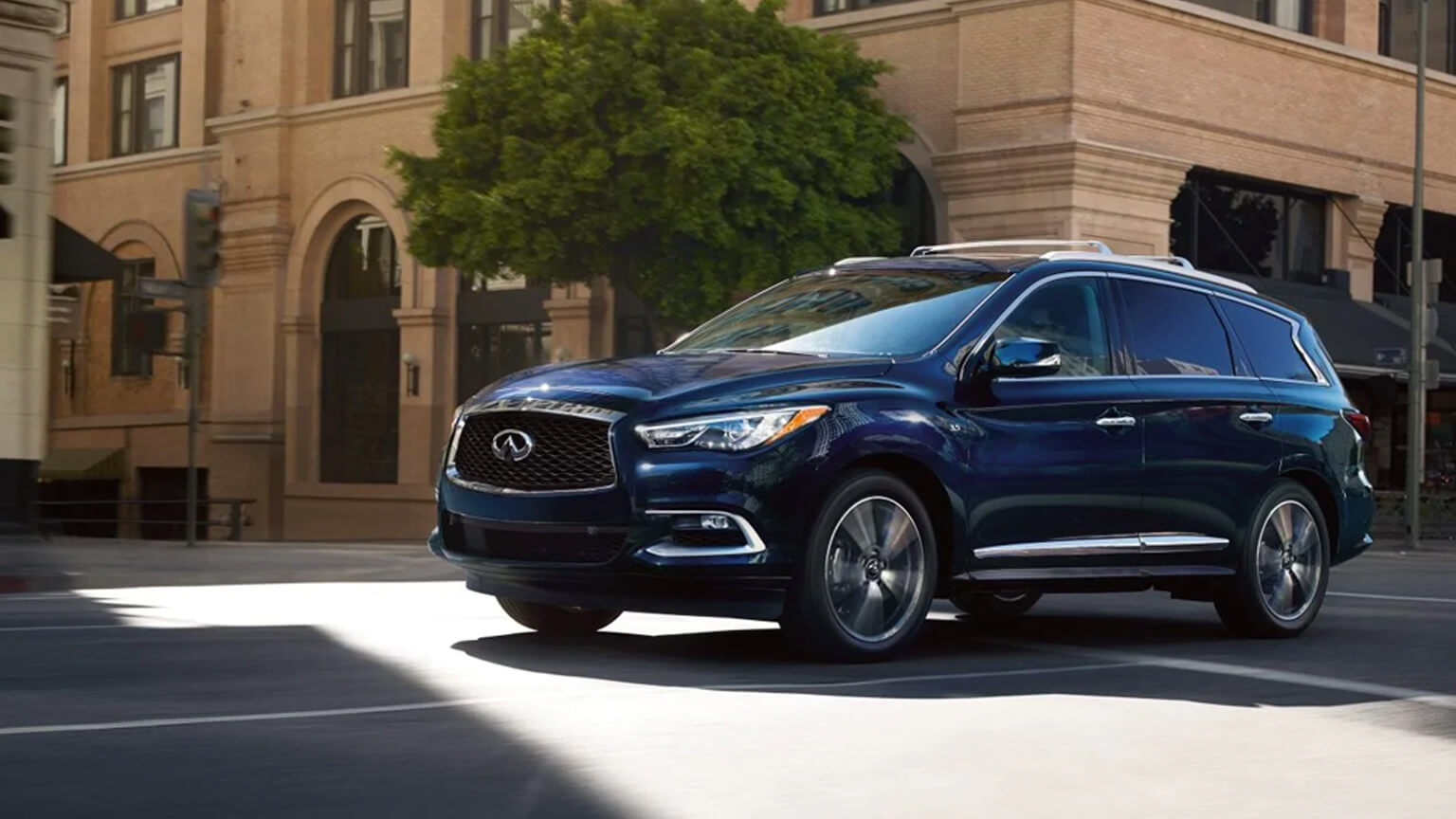 Further demonstrating INFINITI’s commitment to ingenuity and safety, Predictive Forward Collision Warning technology was first introduced with the 2014 Q50, alerting drivers to risks posed not just by the vehicle directly ahead, but by the car traveling in front of that one, too. * 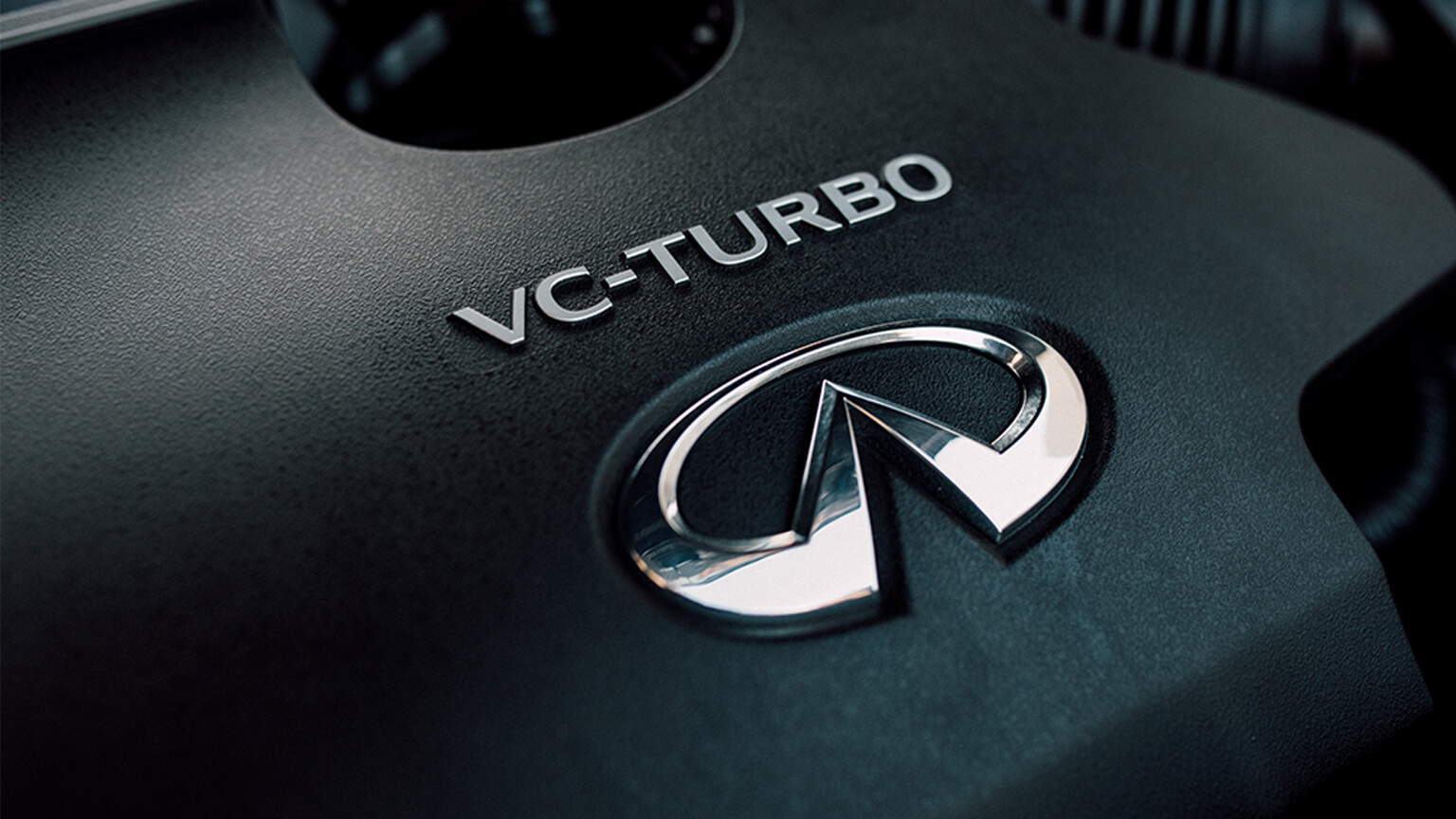 INFINITI’s most recent World’s First Technology, the revolutionary VC-Turbo was first introduced with the all-new 2019 QX50, and is capable of physically transforming on the fly for any compression ratio from 8:1 to 14:1, effectively ending the historic compromise between power and efficiency once and for all.

From the exhilarating 300hp of Q50 and Q60 to the family-first versatility of QX60, QX50’s World’s First VC-Turbo engine and the commanding luxury of QX80, the INFINITI lineup of EDITION 30 vehicles has it all.

With the World’s First production VC-Turbo engine, ProASSIST technology and the special styling details of the EDITION 30 package, INFINITI’s history of human-centric innovation all comes together in the 2020 INFINITI QX50 EDITION 30. 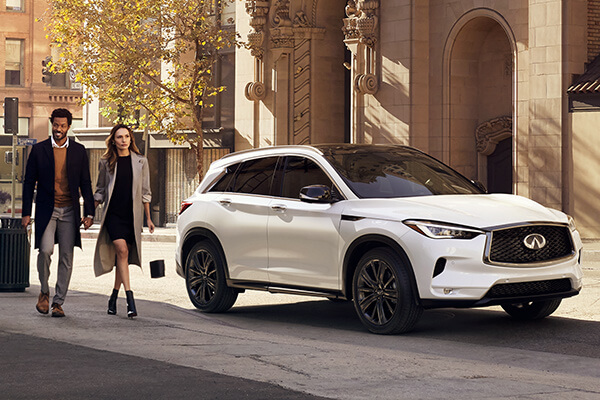 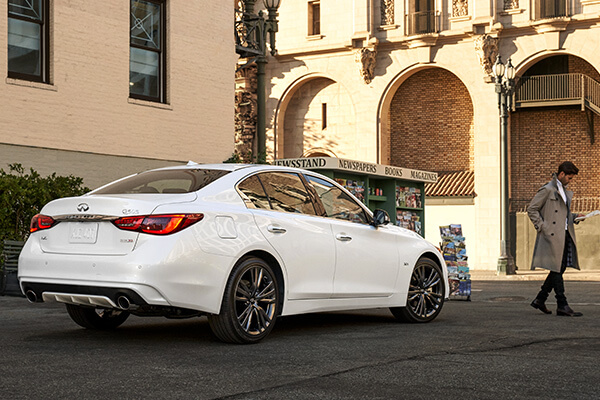 30 years ago, it all started with INFINITI’s first sedan, the Q45. Three decades later the 2020 INFINITI Q50 EDITION 30 carries the torch of convention-defying design and the spirit of innovation into an exciting package with exclusive features and World’s First Technologies. 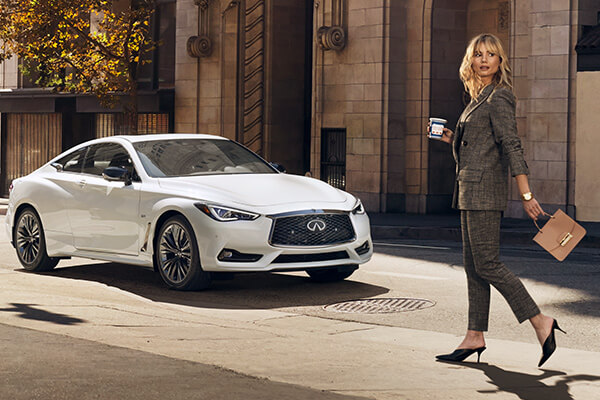 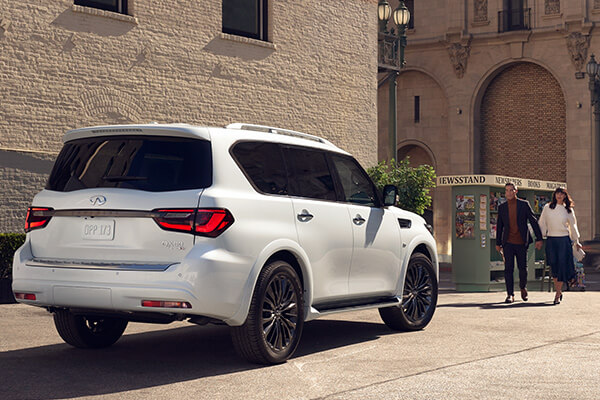 Something Big to Celebrate

With a commanding presence, innovative technology, an unparalleled premium interior and the exclusive EDITION 30 features, the 2020 INFINITI QX80 EDITION 30 is as bold as the belief that luxury should be lived in.